Origins of the Surname Affleck 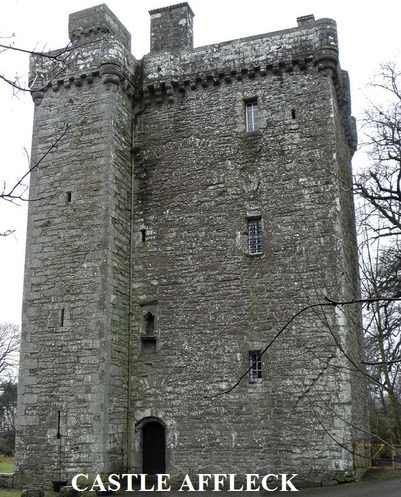 The surname Affleck has its origins in the Scottish Lowlands. Affleck is an Anglicized spelling of the ancient Scottish family names Auchinleck and Aghlek (or a variant of either) which were derived from the Gaelic (some linguists say Celtic or Pictish) word denoting a field of stone or, less often, a high stony place. First recorded in Lanarkshire about 1160, Aberdeenshire before 1211 and Ayrshire in 1238, these names are thought to all be considerably older than any of these dates.
The name Auchinleck and its many variants were primarily, though not exclusively, found in that area of the Lowlands south of the Firth of Forth until about the 15th century while Aghlek and its many variants were found primarily, though again, not exclusively, to the north. (Please see map below.) The names and their many variants began to slowly blend into Affleck (or a variant of this) about the 15th century as contact with the English and their written language increased. Today, Aghlek has disappeared altogether, being wholly replaced by Affleck, while Auchinleck, sometimes replaced by and often pronounced as Affleck, remains in some few places in Scotland. Since the 12th century, there have been well over 100 different variations recorded in the spelling of Auchinleck / Aghlek / Affleck. [1] The first recorded spelling of the Affleck name as it appears today was in 1490 at Edinburgh.

Both Auchinleck and Aghlek, or one of their many variants, were names adopted by families or family groups associated in some way with a field of stone or a rocky area of land at some point in the far distant past, long before any records were kept. While a number of places in Scotland today still carry the Affleck or Auchinleck name or one of its many variations, only seven sites across the Scottish Lowlands have so far been identified as having generated some form of this Auchinleck or Aghlek  name prior to the 14th century. Each of these seven locations  (Please see map below.) seems to have generated the name independently, there being no substantive evidence to date of it having been imported to that location from any other or central site.

Today, with standardized alphabets, reliable surname records and wide spread literacy, the scores of variations long associated with the surname Affleck have largely disappeared. A handful of different spellings of the Affleck surname, and to a lesser extent Auchinleck, are the only reminders of a less precise past. The name Affleck itself, or a variant, can still be found in limited numbers throughout Britain.  However, the surname has, with the Scottish Diaspora of the last two centuries, now spread across the globe and significant numbers of Affleck or “Affleck like” names can today be found in Canada, Australia, the United States, New Zealand and elsewhere.

[1] Some of the many variants of the surname Auchinleck / Affleck recorded over more than 800 years: 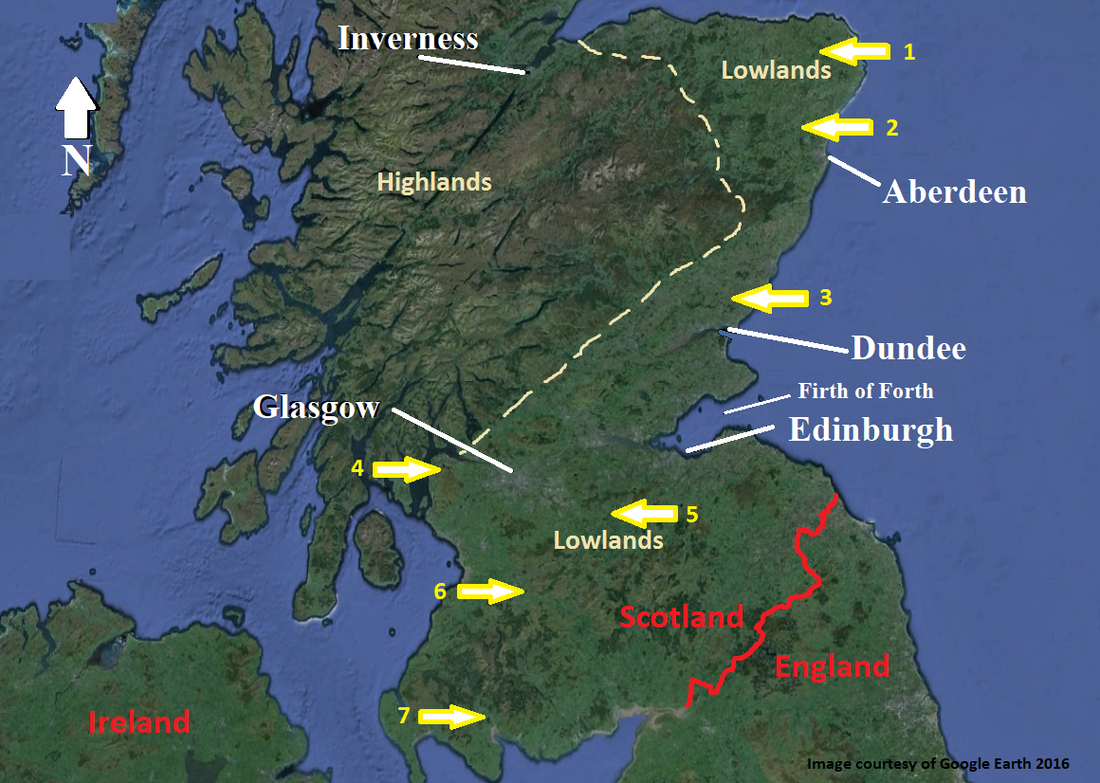 Site 1: On the North West edge of the village of Maud, Aberdeenshire. First recorded sometime before 1211 AD as the village of Auhelit. Today it is a small group of farms named the Mains of Affleck, West Affleck and South Affleck.

Site 2: Located North and West of Aberdeen, close to the village of Whiterashes, just East of the  A947 in Aberdeenshire. First recorded in 1255 AD as the village and lands of Achlek. Today it is a collection of farms and points named Affleck, North Affleck, South Affleck, etc.

Site 3: Located North East of Dundee in the village of Monikie (formerly Affleck) in Angus. First recorded in 1296 AD with the name of Aghlek (later Aghynlek, Affleck (briefly by the English in 1747) , Auchinleck and Affleck). These included the local castle and an area of land. Today these are extant as Castle Affleck, Newton or Nether Affleck and several others.

Site 4: Located South West of Montrose Ave in the South Eastern suburbs of Port Glasgow, Inverclyde. First recorded in either the late 13th or early 14th century (it is unclear), this site contained a variety of farms or hamlets. These were named Auchenleck or Nether Auchenleck, Laigh Auchenleck, Mid Auchenleck, High Auchenleck and there is some evidence for others slightly to the West. Today, only High Auchenleck, a farm, remains.

Site 5: Located off the B7018 East of Lanark in Lanarkshire. First recorded between 1160 and 1180 AD  (probably 1161) as the lands of Auchynleck, (later Auchinlec, Achithlege, Auchynlec and Auchinleck). It included perhaps as many as 15 small hamlets / settlements, amongst them the sites of Gillbank (Kilbank) which was the fiefdoms seat.  Today it is remembered by a single farm called Affleck.

Site 6: Located East of Auchinleck in Ayrshire. This site was first recorded in 1238 or 1239 AD (though it was known at the time to be much older) as Auchinlec (later Achithlege, Auchynlec, Affleck (briefly by the English in 1747) and Auchinleck. In 1504 the lord Auchinleck of Auchinleck lost the property and title, both being acquired by the Boswell family who became the Lords of Auchinleck. Thus, anything regarding the Barony of Auchinleck after 1504 has nothing to do with the Affleck surname.

Site 7: Located North East of Minnigaff in the county of Galloway and Dumfries. This site is, arguably, the oldest of the seven sites listed. In 1680 AD when it was first mentioned in any known record (though it appeared on a map as Achinlick in 1654) , Auchinleck (also Auchenleck and Auchenlec) was only a small village and within a century or two was only a hamlet. Yet it had clearly once been something larger. Spread over more than 5000 acres are Auchinleck hills, bridges, cairns and structures. There is also a very large area named the Rig of Auchinleck. Yet by 1680 only a small and declining village remained and with no record of what had come before. Research by local historians suggest Auchinleck was one of a group of perhaps a dozen such fiefdoms in the same area with names such as Dalhengon, Clenhois, Drumackillane, Risk and others. Together with Auchinleck, they all disappeared long before records were kept leaving only their names and a few scattered ruins and walls. How long ago this was is unknown. Today, Auchinleck is a single farm.